To begin with this book held a rather parochial appeal for me. "Again," I thought, "Van Diemen's Land (aka Tasmania) ahead of the zeitgeist, setting the tone, leading the nation. Again, this small, still chilly and isolated island spawns a first." And I settled in to read it with a grin on my self satisfied convict-heritaged face. The book does tell the story of Australia's first novel but it also tells of a strange man living in stranger times. My grin faded as my astonishment at the story unfolded.
Henry Savery, now known as Australia's first novelist, was convicted for forgery in 1825 and, after a gruelling series of negotiations and a trial, was sentenced to transportation to the newly established penal colony of Van Diemen's Land. The son of a well to do family with sway, Henry was a charismatic entrepreneur and on sentencing, his tale becomes even more captivating.
Henry attempted to abscond with his wife and child to America, and when faced with impending re-capture he jumped overboard and tried to do away with himself by smashing his head on the hull of the boat - tragic and tragi-comic events like this are spliced through the tale. The tribulations normally expected on passage to Van Diemen's Land were assuaged, his landfall and subsequent employment (as indentured labour) were, to begin with, comfortable. He wrote an anonymous column (as 'The Hermit of Van Diemen's Land') which included assiduous and cutting summations of what was going on under Governor Arthur's increasingly neurotic rule. He fell into and out of favour with various power brokers - and he sent for his wife and child to whom he could be assigned as convict labour. They arrived, she broke his heart - and he attempted to take his own life again.
Quintus Servinton was published in 1830 and from all accounts is a stodgy and tedious, semi-autobiographical novel, which varied most signifigantly from his life in its happy ending. It preceeded Woman's Love by another Van Diemonian, Mary Grimstone by 2 years and For the Term of His Natural Life, generally presumed to be the first Australian novel, by 44 years. For more academic detail about both Savery and Grimstone here is a PDF of E. Morris Miller's 1958 paper 'Australia's First Two Novels; origins and background'.
A Forger's Tale was launched in Tasmania last week by the irrepressible Lindsay Tuffin, editor of Tasmanian Times. Here is his introduction speech - where he articulates the paradox and intrigue surrounding Savery's life and times.
And here is a most enjoyable interview I did with the author Rod Howard, who came to know Henry and his nuanced existence intimately - and has written about him most beautifully. Listen to the podcast here.
at November 22, 2011 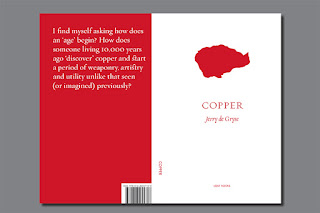